New Hampshire is the largest state of New England. It is known for its fierce independence and natural beauty. 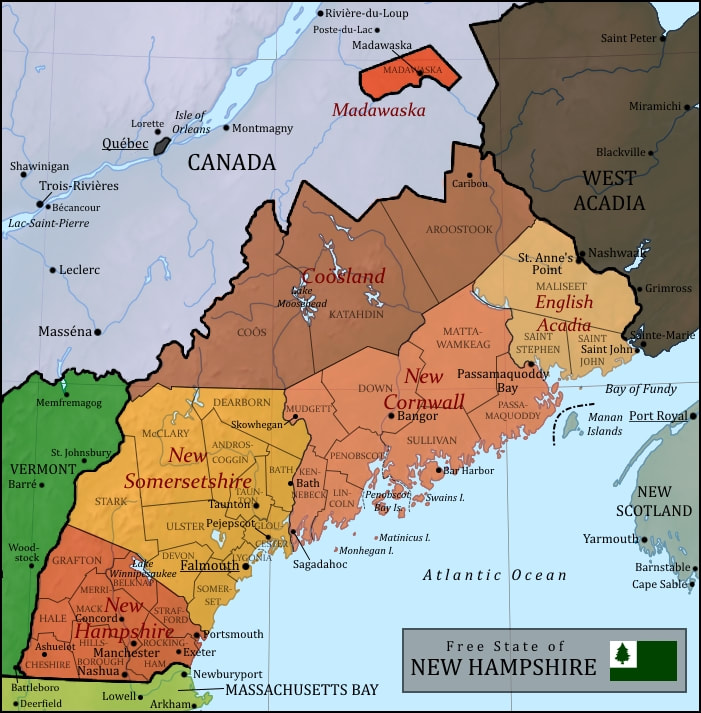 The state is divided into six Districts that illustrate the history of the state's expansion. Except for the District of New Hampshire, or New Hampshire Proper, each of the districts once had a partly autonomous government headed by a Deputy Governor. As the population rose in the different parts of New Hampshire, the district governments were merged into the state one by one. The exception is Madawaska, where the district-county has kept a special status to the present day. Despite the end of their separate governments, the districts are still well known as a part of local identity. They are, in this sense, similar to the vestigial provinces of Poutaxia and Ohio.

The districts are divided into counties and the counties into towns.

The flag of New Hampshire is noticeably similar to that of Massachusetts Bay. For all their rivalry during the colonial era, New Hampshire and Massachusetts became firm allies upon Independence. For many years they flew the same flag, blue with a pine tree in a square white canton. New Hampshire switched to a green flag in the middle of the 19th century. 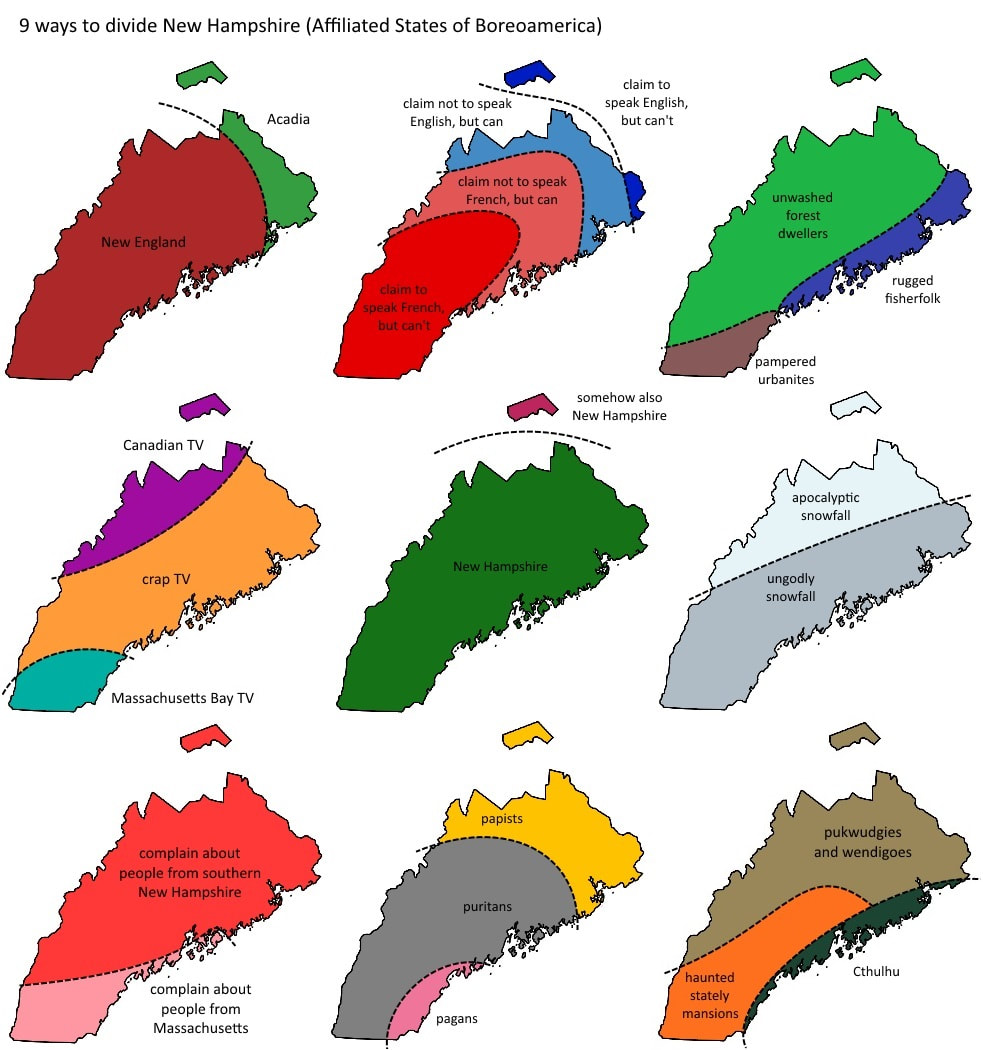