Following the  pattern of late Lingua Franca, which did its counting in Arabic, Parra's numbers predominantly come from Tatar/Turkish. It's a bit eclectic, though, since Latinate numeral names have been kept for 2, 3, and 4, as well as 20 and 100.  Numbers of 1,000,000 and above reflect international terminology, but were most directly influenced by Russian.

While 1 is signified with a Turkic word, the old Latinate numeral, uno, survives as an indefinite pronoun. It can be paired with omo or cosa when needed to specify "somebody" or "something," but this is not needed. Plural is unu.
- Coprato uno ce ne volato. = I bought something I didn't want.
- Tu vola piju unu saba?  = Do you want a few more?

For other kinds of numbers, Parra uses particles rather than suffixes.  The particle is placed after the number names.

Ordinal Numbers
The ordinal numbers, which show order and position, are made by using the numeral together with the particle ici.  This word, originally the turkic suffix /-ici/, /-ücü/, or /-ıcı/, is considered a separate word in Parra.  Its use has expanded so it can also be a noun meaning "position in an order or list."

If context allows it, the cardinal numbers may be used alone, without ici, to indicate position, similar to how in English "man two" may be used instead of "second man."  A shopkeeper might say, "Du sunjor, como çaşe" - "Gentleman two, please" - to get the attention of a man waiting in line.

Multiplicative Adverbs
The multiplicative adverbs are used to show the number of times something occurs (once, twice, thrice, etc.).  In Parra, these are formed by using the numerals with the adverb particle şecil.  The same form is used for numerals like double, triple, quadruple and twofold, threefold, fourfold when these refer to multiplication and not to groups or sets.

Collective Numbers
Collective numbers name groups of people, something like "trio" and "quartet" in English.  In Russian and Ukrainian, most collective numbers are formed by adding the suffix /-ero/ to the cardinal numbers.  In Parra, ero is analyzed as a separate word that means "group of."

The collective numbers can be used after pronouns. 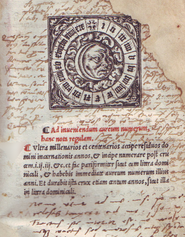 Deni de Védoma
Days of the Week
Parra's word for Monday just means "after Sunday," a calque from Russian and Turkish.  Parra follows Russian and Turkish in using numbers for Tuesday to Thursday.  The holy days of Friday, Saturday, and Sunday have religiously suitable names.

Mesi de Oçidente
Western months
The original Lingua Franca names for the solar months were influenced by Ligurian forms.  Later influence came from Greek and Russian, which also use names derived from Latin.

Islamic months
The names for the Islamic lunar months are simplified from the Turkic forms.  In some cases this has rendered them incomprehensible to non-Crimean Muslims, but they serve for arranging appointments among Crimeans.