The Grand Council of State 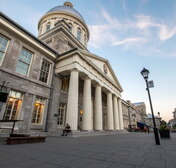 The Grand Council of State is a hundred-member body that functions as a "collective head of state". The GCoS is freshly chosen by the newly-elected Parliament (with a law meaning that it needs a 3/4 approval for the whole GCoS), with popular incumbents tending to be re-appointed. Presidents are confirmed by a vote of the new GCoS when they officially begin their term. The office of President in modern days are tied with the post of Secretary of Foreign Affairs, making the President the one who represents the nation at international events and at the UN-analogue.)

it evolved - as a kind of standing committee for the governance of the entire confederation -  the large number makes sense; in the early days it would have consisted of a range of gentleman farmers, chiefs, and other men of influence; it would have to be large to ensure that no single local coalition could dominate it. the general rule is two Councillors from each state, but it's not an official requirement. Very small states seldom get more than one Councillor.

the entire Council is approved en bloc by Parliament