Roman Catholics in the ASB

The Catholic Church plays a central role in the history and culture of the ASB, especially in the French and Spanish states. The different colonizers had different approaches to the organization of the Church in their colonies. Spain had a bishopric established in Santo Domingo very soon after it was colonized, while France waited several decades before having the first bishop brought to Québec. Many of the English colonies were explicitly anti-Catholic through the eighteenth century, and the Church there was stunted until immigration, both internal and foreign, brought more Catholics into the states in later years. 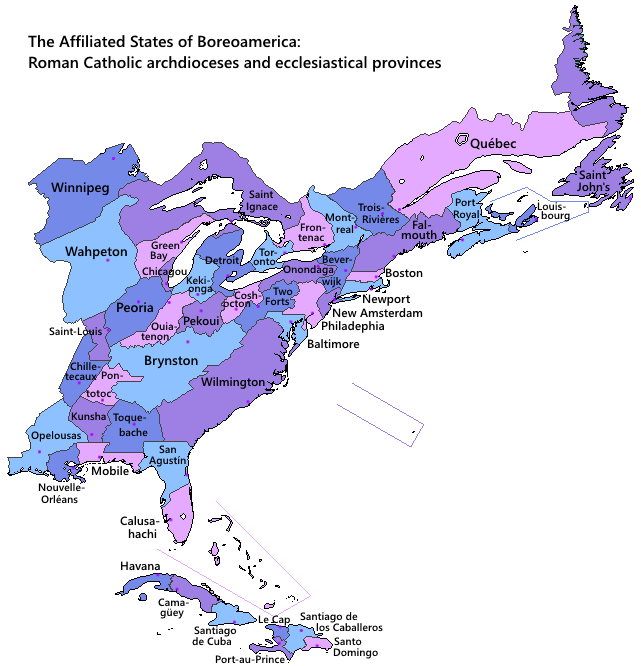