Every state has its heroes. They serve to focus and define a state's identity. But the idea of each state having an official Founder figure comes from civic culture in the turn of the twentieth century. Several states have multiple people that they honor as founders, but the tradition is now that each one identifies one as a first among equals to represent the state and its history.

We see a mixed group here. Colonizers and people who fought against colonization, warriors and peacemakers, people who united disparate groups and others who boldly broke away. But each one of them played a crucial role in shaping the states as they exist today. Recently the demographics of the group have provoked some comment. The set of founders is predominantly, though certainly not exclusively, White; and it is overwhelmingly male. This of course reflects historic power structures and the colonial origins of a majority of the states. 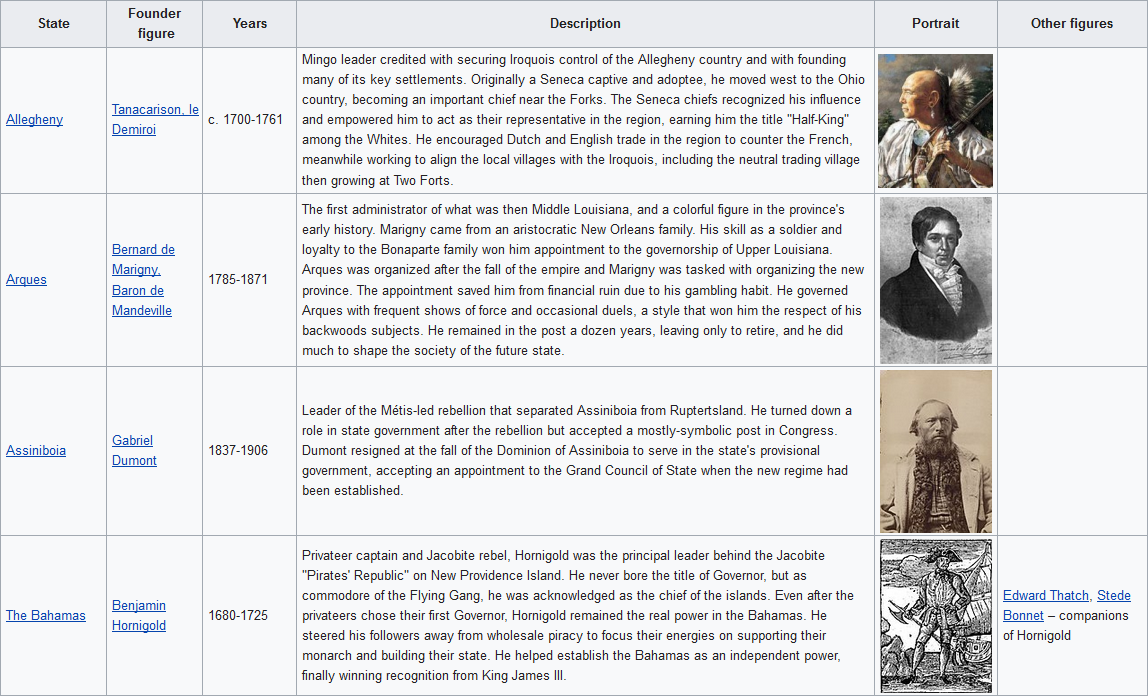 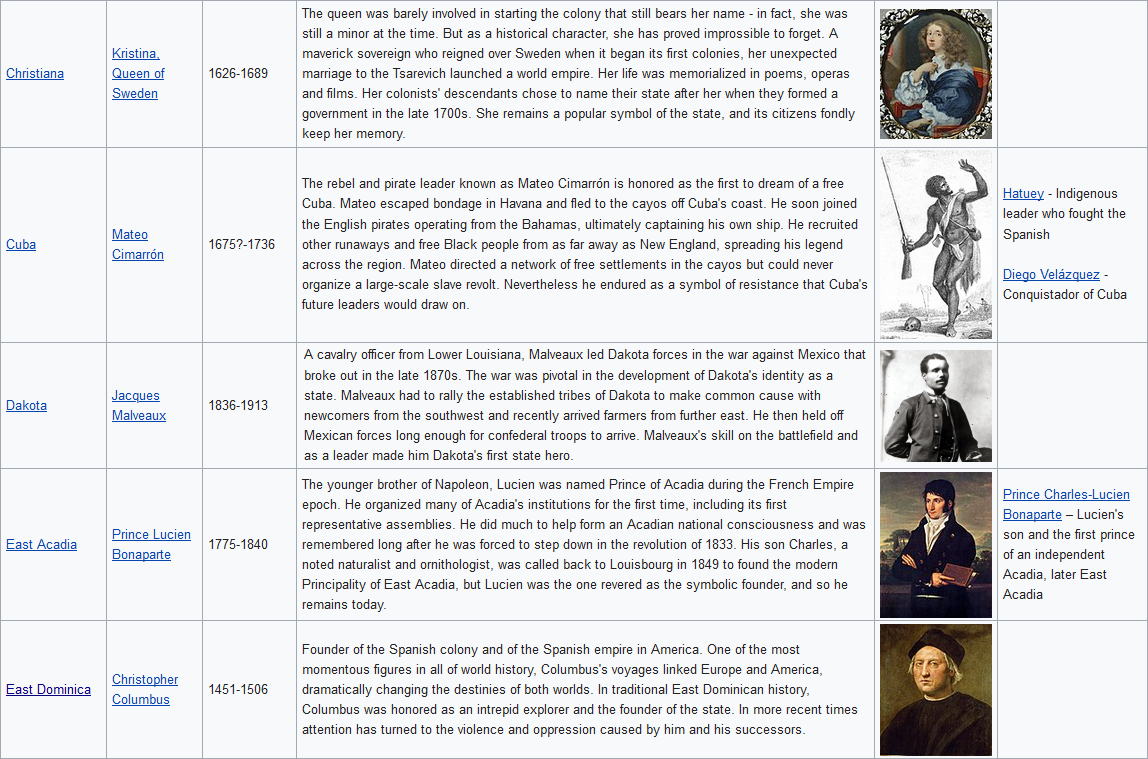 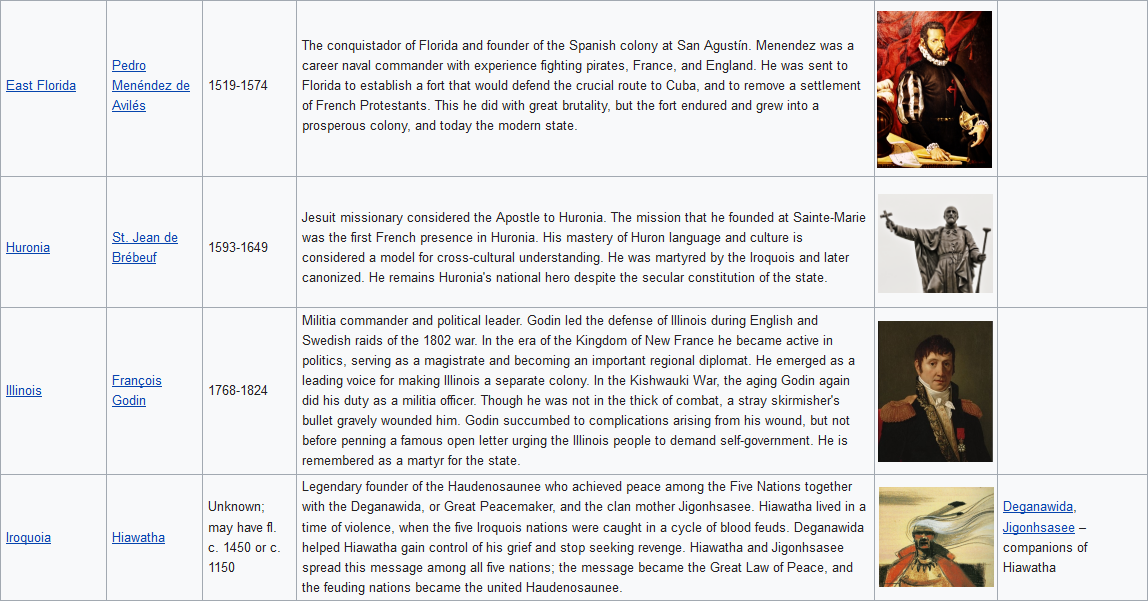 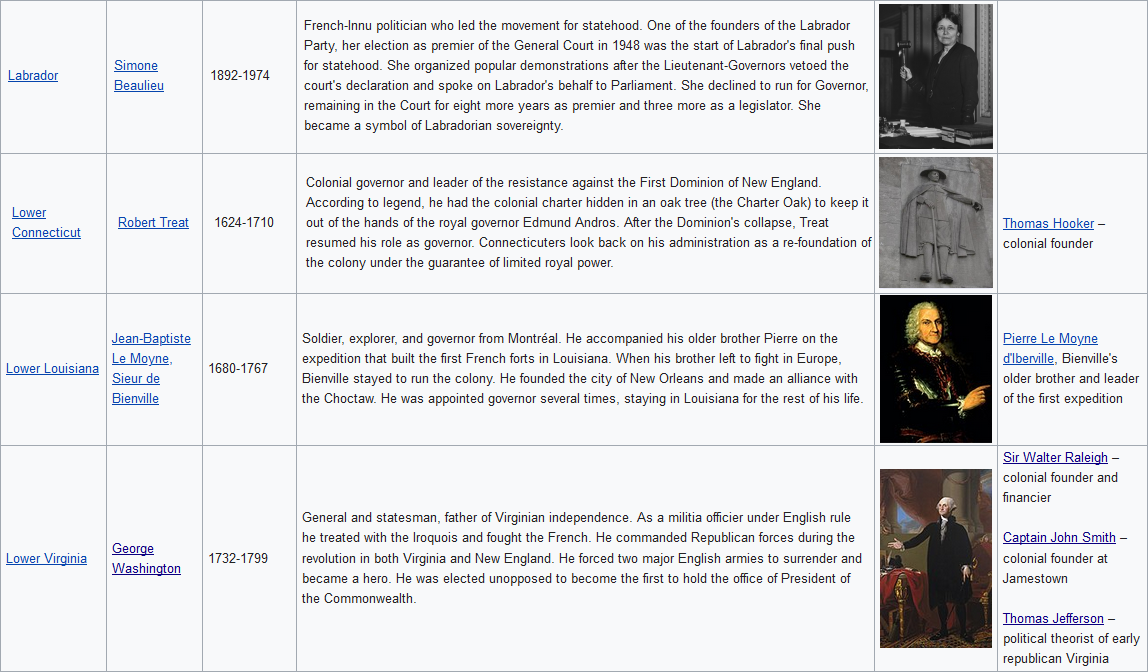 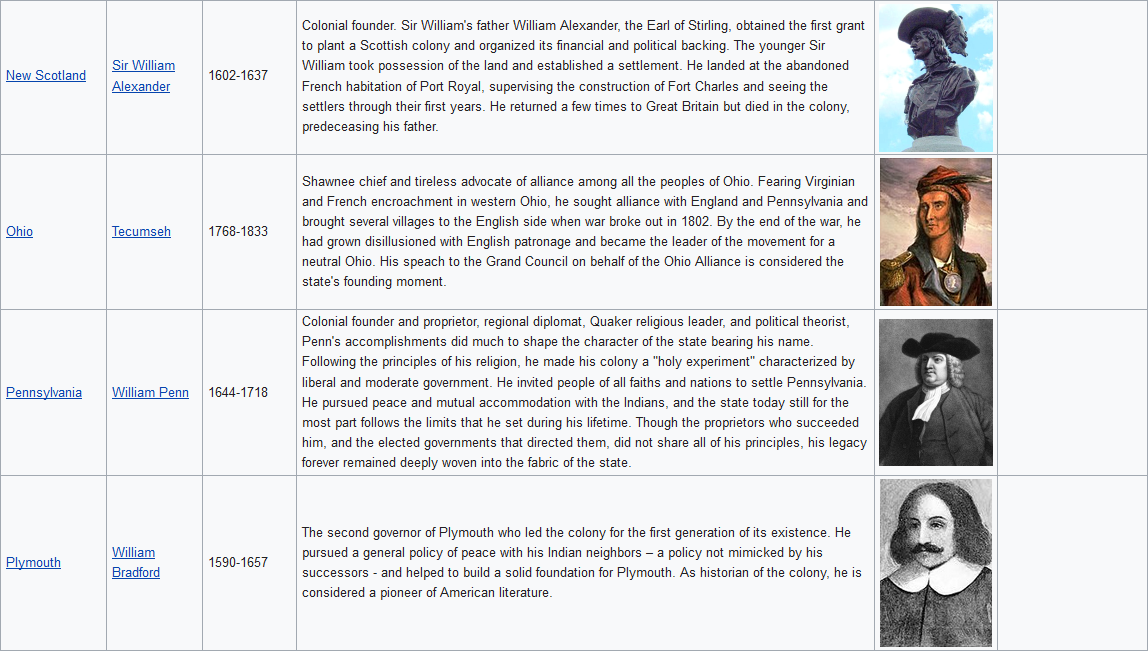 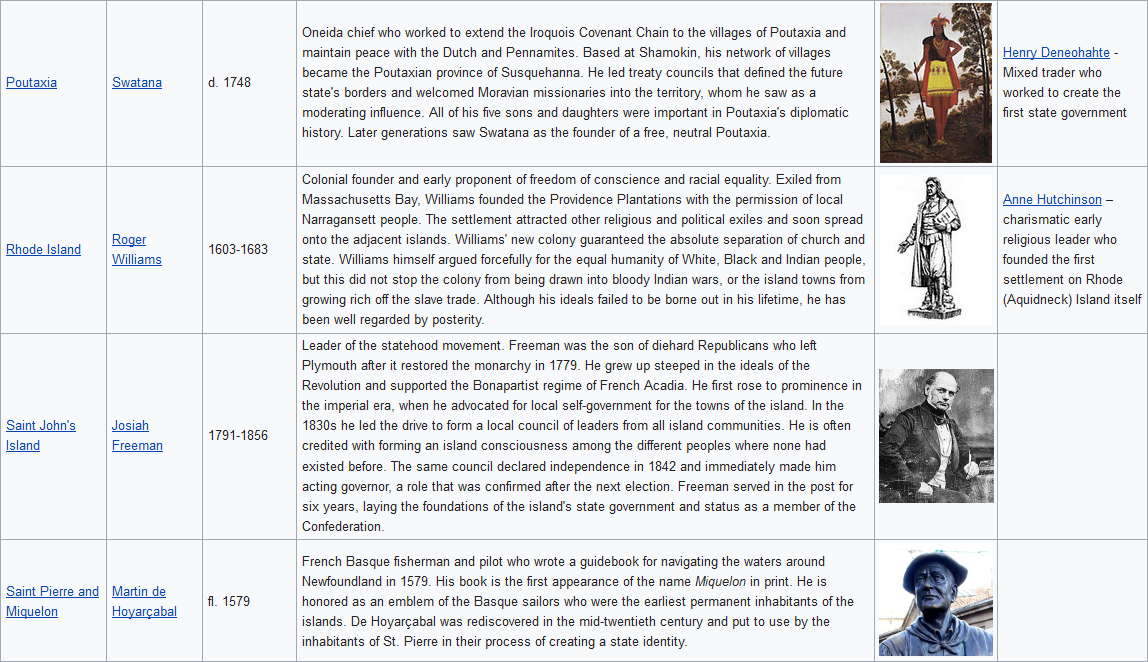 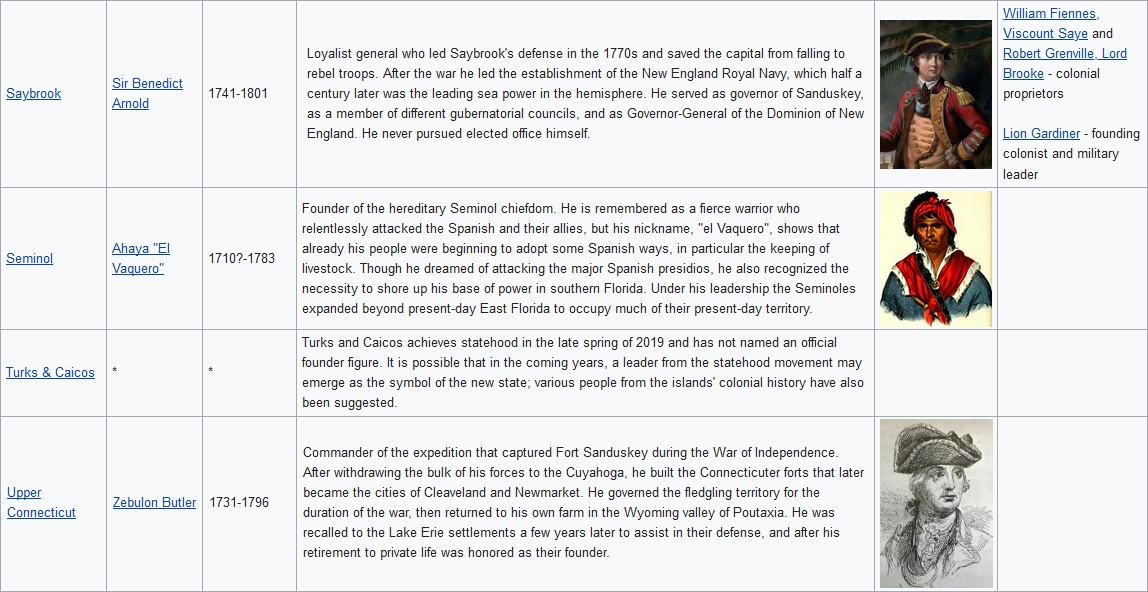 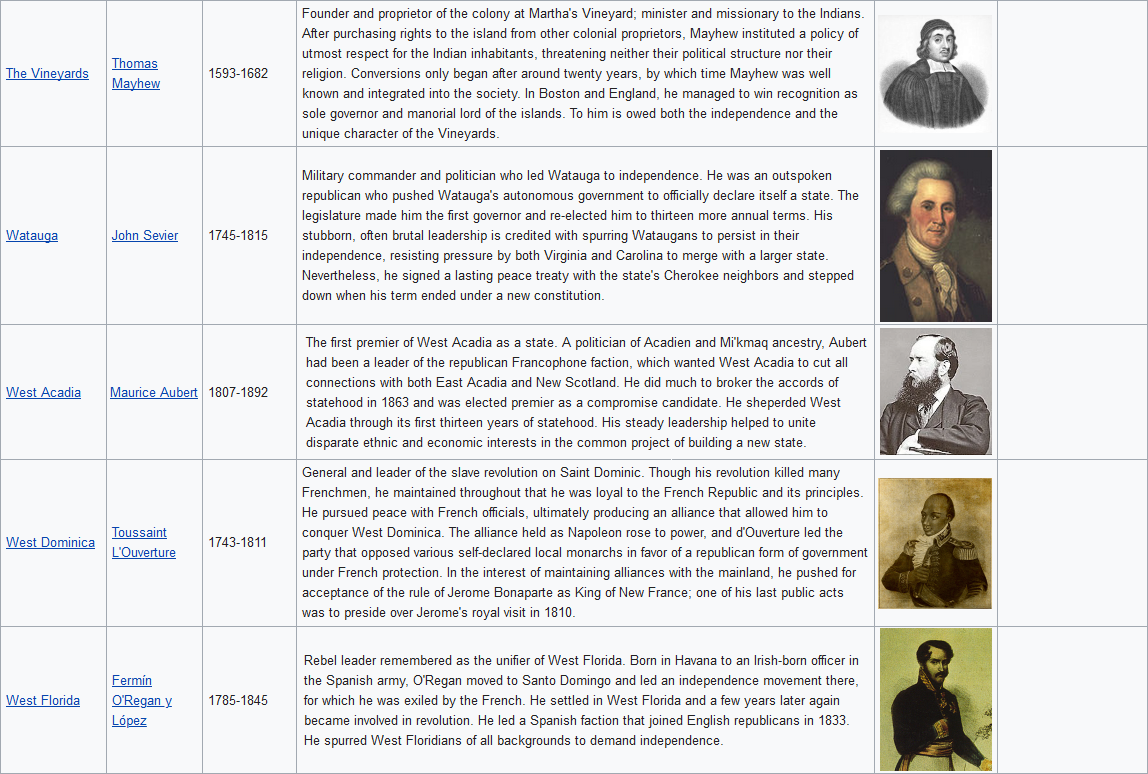