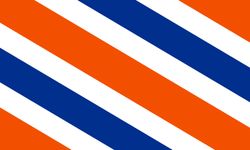 New Netherland developed from a Dutch colony.  From its founding,the colony exerted a great influence on the region.  The capital New Amsterdam has almost perpetually been the center of commerce on the Atlantic seaboard.  The colony's alliance with Iroquoia, called the Covenant Chain, was a powerful axis that linked helped the Dutch participate in trade far to the west.  This made New Netherland one of the original core states of the ASB, together with Canada, Virginia, Iroquoia, and Pennsylvania.  New Amsterdam has become one of the world's great cities. Elsewhere on its territory, which stretches from Oswego to western Long Island and from the Adirondacks to the east bank of the Delaware, its population of Dutch settlers has been augmented by many English, Scottish, Mohawk, and Lenape people, along with more recent  immigrants from Europe and the Caribbean.

Colonial New Netherland society was dominated by the patroons, a very small class of landowners who were formally recognized as the aristocracy of the province and who had manorial powers in the land that they owned.  As the colony came into its own and separated from the mother country, the patroons wanted to turn it into an aristocratic republic modeled on the Netherlands itself. They never got everything they wanted, but they did manage to hold on to power for a long time.  In modern times the patroons have lost their constitutional role but still exist as a class.

The republic's flag uses the colors of the Dutch Prinsenvlag.  The two diagonal blue stripes represent the North (Hudson) and South (Delaware) Rivers.

New Netherland's government is a full-fledged parliamentary system. This is a legacy of the strong aristocracy, who wanted to limit the power of the governor. There was also influence from the Dutch Republic. The earliest form of representative government was an American version of a Dutch States-Provincial, with each major Patroonship and township entitled to send a representative. The power of the Director/Governor gradually lost out to parliament, and today the governor is a figurehead chief of state. During the same time the Patroons' power was reduced until they finally lost their special representation.  The final step was making MPs representatives of the people rather than of towns or townships.

Local governments in NN have a great deal of autonomous power - a legacy of the patroonships, of  Beverwij's (Albany's) distance from the capital, and from Dutch political traditions.

New Netherland's political parties (courtesy of Gwen, who wrote all the political content for this project):

Labour Party/Partij van der Arbeid: Rose out of rising disillusionment with New Netherlander politics amongst the working class. Quickly allied itself with the federal Socialists, and finally won the Governorship under Augustijn Claasen in the 1930s. Currently very close to trade unions, but despite its name, this closeness is quite rare in the party's history. Social democratic.

Liberal Party/Liberale Partij: Often called New Netherlands' "Grand Old Party", it was established as a reforming force opposed to the old aristocratic-based Conservatives when New Netherlands first became a "democracy". With great Governors such as Christiaan Dreyer, Theodorus Roseveld and Daan Muyskens, it is known state-wide as a party of experience. Liberal-conservative, but unaffiliated with any confederal party.

Green Alliance/Groene Alliantie: New Netherlands' own Green party, it was originally a rebranding of the old Conservatives (by this point, they were falling out of relevance as the scene was polarised between Labour and the Liberals) in the 1950s as an agrarian party like similar Green parties in other states, but as what happened with other Green Parties, it developed an urban environmentalist branch. Ecological agrarian. 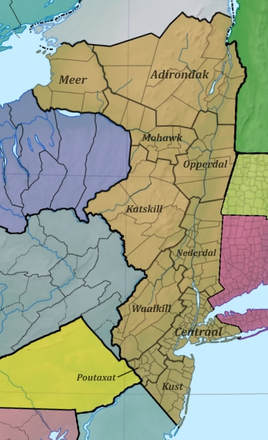 The municipalities are the fundamental units of local government under New Netherland's constitution. The state's tradition of self-government has two deep historical sources, one local and one overseas. The colony's early patroonships, or manors, were very self-sufficient and were run almost as small private colonies. Starting in the later 18th century, power was transferred from the patroons themselves to the citizens living on the manors, until finally they were indistinguishable from municipal governments. But they largely kept their powers to manage their own affairs. Overseas, the Dutch Republic provided the main model for New Netherland's government. The early-modern republic was a confederation of provinces, and each province has been described as essentially a confederation of city-states. The first civil institutions of early New Netherland were modeled in part on those of a Dutch province.

The larger Regions of New Netherland are secondary. The regions are amalgamations of municipalities, rather than the municipalities being subdivisions of the regions. They were created starting in the late 19th century beginning in the central metro area, as the growing cities around the capital perceived a need to coordinate such services as transport and sanitation. Since the 1960s every municipality has been part of one region, but the regions do vary on how much power their constituents have delegated to them. 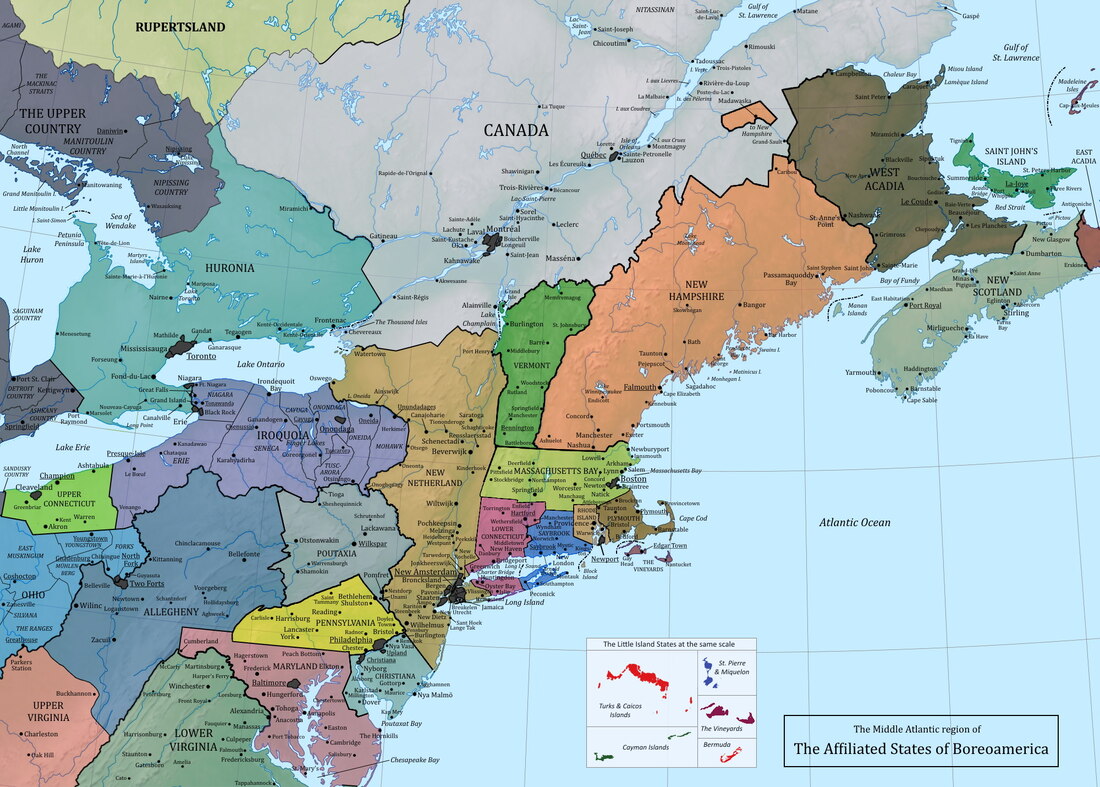