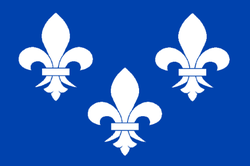 Lower Louisiana is the second great Francophone state of the ASB, home to a remarkable Creole culture that takes a little from the Caribbean, a little from Canada, and bits from France, Spain, Africa, and Louisiana's own neighbors. In some ways our own state of Louisiana perfectly captures the spirit of the ASB. Its audacious sense of place, the feeling that the colonial past is still present and visible, its delightful mixing of cultures into something confidently unique, are what this world is all about. In the future I will make sure not to neglect this delightful state and the role it plays in the continent's history. For now, I can leave you with some photos, a flag, and the intriguing government and political system for la Basse-Louisianne, devised as always by Gwen "Turquoise Blue."

​The idea for the flag comes from DeviantArtist Achaley. He created it with the real State of Louisiana in mind; I prefer a different design for the US State but think his white version of France Modern works well for la Basse-Louisianne. 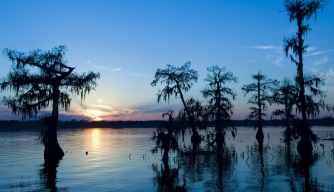 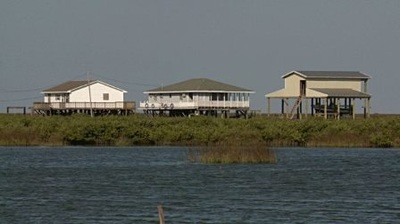 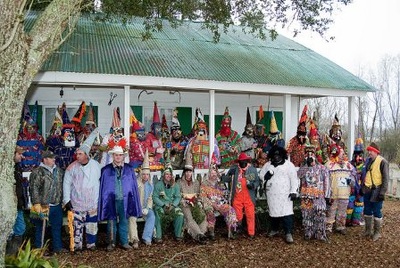 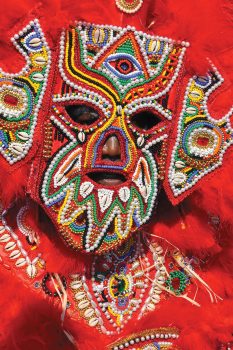 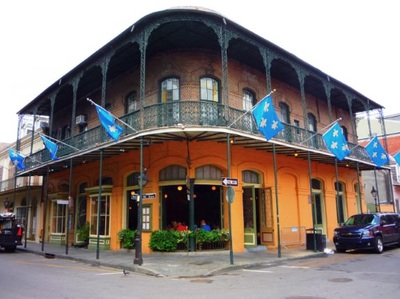 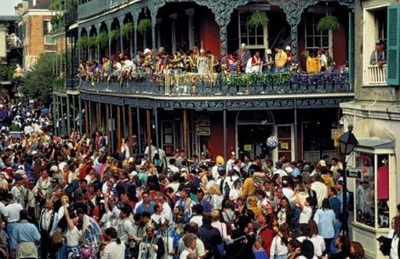 The government of Lower Louisiana? It's a relic, really.

Once, back in the early 1800s, it was based around class (Aristocracy votes for the First Estate, Middle-Class (property-holders) for the Second, the rest for the Third). This was considered extremely progressive back in the day. Of course, slaves didn't get a vote. When slavery was repealed by the first mixed-race Governor-General in the 1870s, it gave a lot more voting power to the Third Estate (commonly called the well,Common, Estate) since most African-Americans were classed under "working class".  As time went on and Louisiana's placage tradition continued to result in even more mixed-race people (even after slavery was dead, it was considered fashionableand perhaps sexy to have a darker-skinned wife in upper society), the Estates once again achieved a sort of balance.

Enter Huey P. Long. The populist demagogue (whose family originated from the East Coast) managed to harness a lot of people's disaffection with the system which seemed to divide people based on wealth. His "Share Our Wealth" policies included a government reform that changed the way the Estates worked and ensured the tricameral system survived.

The First Estate was to be full of "accomplished men and women of high standing". Basically a technocratic chamber of scientists, historians, etc. They were to be appointed by the Governor-General with support from the Second and Third Estates. The First Estate gradually took the name the "Learned Estate" in popular terms. The Second Estate was to be an elected "upper chamber" (in other states' terms) which would "restrain the might of the Common Estate". They would be elected on a proportional system divided among the regions. This Estate took on the term the "Regional Estate". The Third (Common) Estate was to become the "main democratic chamber", with the majority of power handed to it. It was in this Estate that the Governor-General was mainly determined (albeit a majority vote of both the Learned and Regional could oust the Gov-Gen and trigger new elections, this only happened once in Lower Louisiana's history).

Huey Long's reformed tricameral system is the modern one.

Lower Louisiana parties
​
Commonwealth/Richesse Commune: Left-wing populism. Affiliated with Socialists, but not that loyal to the federal party, TBH. Still reeling from Governor Emile Eustis's scandal-filled governorship in the 1990s that permanently damaged its popularity.
Union Nationale ("National Union"): Francophone nationalists. Tends right on economics, but gets some Anglo votes as "the only party that can defeat the reds" due to being the primary right-opposition to the Commonwealthers.
Liberal Party/Parti Libéral: Once Louisiana's dominant party, it has shrunk drastically and is now the third party. Often swallows its pride and back UN governments due to a common interest in preventing Commonwealth from ruining the state.
Reform Party/Parti réformiste: The conservatives in Louisiana. One of the more right-wing variations.
Farmers' League/Ligue des Fermiers: Rooted in the agrarian disaffection with the Liberal/Reform duopoly, it shrunk massively as Commonwealth surged. The League, a party deeply rooted in agrarianism, currently struggles to redefine itself for a new, urban, audience.

The current governor-general is Zoraida Lafayette.