Province of the Arques 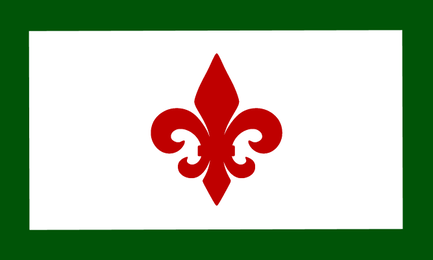 The Arques is located along the Mississippi River between Upper and Lower Louisiana. It is largely French-speaking, and its people have origins from many different places: Louisiana Creoles, the indigenous Quapaw, Caddo and other groups fleeing Mexican expansion, German settlers, New England Mormons, and others.

The name "Arques" is of uncertain origin. It was first given to a French fort at the southern end of the present-day state. This fort was the origin point for the state's development. The name was then applied to the river and the nearby highlands; but it is not clear whether it comes from the Algonquian name for the Quapaw (Arkansea) or something else. In English it is said with the definite article and with the final -s pronounced; "Arks" remains a common and legal spelling in the state's English-speaking communities.

The Arques separated from Louisiana to become a separate state, but the path it took to get there is a bit complicated. This timeline gives the changes that brought the Arques to its current shape and status.