Commonwealth of the Bahamas 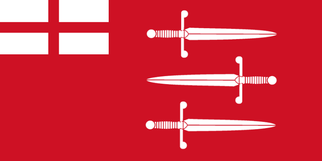 As far as we can tell, when the Lucayan people settled the Bahamas in the early years AD they were the first human inhabitants of the islands. This makes the Bahamas one of the last territories on earth to fall under the sway of man, alongside such places as Madagascar, New Zealand, and Iceland. The Lucayans were utterly exterminated by the Spanish very early on; many blame Columbus and his men personally. After that, the islands lay vacant for more than a century until English colonists began to arrive sporadically from Bermuda.

The Bahamian state as we know it began with an uprising by Jacobite privateers, who took control of the islands in the name of the Stuart claimants to the English throne. In our timeline this was swiftly put down and the rebels are known as nothing but infamous pirates; their heyday, when they had control of the Bahamas, became the basis for much of our popular image of pirates. In this timeline, they had help from Maryland and from a court in exile that was more willing to support Jacobites in the colonies. They managed to remain a coherent movement rather than devolve into wholesale piracy. The first generation of leaders - Benjamin Hornigold, Stede Bonnett, Edward Thatch - are famous swashbucklers, to be sure, but in the Bahamas they are also revered as founding fathers.

The new Jacobite commonwealth tried to present itself as the equal of any other colony, but its poor soil and lack of resources made it hard to turn away from its shady past. With plantation agriculture not possible, small-scale piracy, smuggling, and wrecking were the mainstay of the economy for a hundred years. Even as the Bahamas became an accepted member of the ASB's community of states, the connection with illegal activity remained. In the 19th century the islands were both a haven for escaped slaves, and a a key market in the illegal slave trade. They limped along as a small, impoverished backwater until the rise of tourism in the 20th century, which transformed life on the islands and brought a modern standard of living for the first time.

The Bahamas today have a parliamentary system of government that is fairly ordinary, with the exception that the head of government has the title of Governor. This goes back to the early days of the Jacobite rebellion, when the islands' leaders in council chose their own governors. The king (the Jacobite claimant, who lives in Italy) selects a separate royal representative with the title of Viceroy.

The flag indeed is related to the menacing standards flown by the early privateers. Skulls and bones went away when the rebels began trying to appear respectable, but images like weapons and hourglasses remained common. The motif of three daggers has been standard since the 1750s or so. The white Stuart rose is an important patriotic symbol but does not appear on the flag.