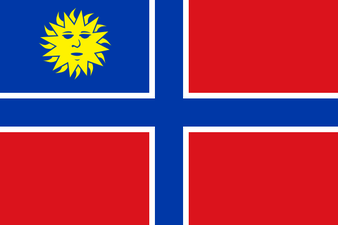 The Muscogui, or Creek people emerged as one of the strongest Indian confederacies in the 17th century, a time of great disruption caused by European colonists, slavers, and diseases. The Muscogui were well placed; located between English, French, and Spanish colonies, they were able to survive by playing one against the other. Their closest links were to the Spanish, and Spanish spelling is used to write most Muscogui place-names today.

In early the 18th century, Muscoguia became aggressively expansionist. Muscogui warriors conquered most of East Florida, where they split off to form the Seminol people. Seminol was a fully independent chiefdom by 1750, but the two nations kept their ties of language, culture, and kinship.

Many Europeans from various nationalities came to live among the Muscogui. The leaders by the turn of the century tended to be of Mixed origin. This group helped to gradually change the chiefdom into a state. In the 19th century Muscoguia positioned itself as a power broker, helping to create a balance between English, French, and Spanish influence in the region. In the 1810s, Muscogui leaders allied themselves with the little English-speaking state of Watauga, and together the two states took the lead in brokering what is called the Southern Settlement, the set of accords by which the states south of the Ohio agreed to peacefully coexist.

From the late 18th century, missionaries from various denominations produced plans for a Muscogui alphabet. Nothing like a standardized language appeared in Muscogui until the establishment of public schools in the late nineteenth century. In 1904 educators and writers from both Seminol and Muscoguia produced a definitive version of the Standard Muscogui language. Standardization gave the language an institutional base that has allowed it to survive pressure from colonial languages throughout the twentieth and twenty-first centuries, but it also has tended to homogenize the language and blur the traditional local dialects. The language academy has been based in Pensacola, West Florida since 1908 and nowadays is more flexible in allowing for differences in usage between the two main language areas.