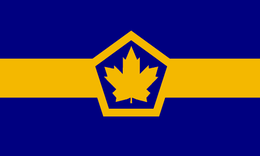 Historically, Huronia was the core territory of the Huron-Petun or Wendat Confederacy, a strong agricultural nation that controlled much of the land between Canada, Ohio, and the Upper Country.  Disease and war with the Iroquois weakened the confederation, and the more outlying members drifted off, later to form new confederacies important in the early history of Ohio.  By the late 17th century the confederation was nearly defunct.  Other groups moved in to the region, especially Anishinaabe peoples connected to the famous Council of Three Fires.

From this point and throughout the 18th century, the French continued to call the region Huronia and considered it a secure part of their zone of influence.  Most of the villages in Huronia - Wendat, Anishinaabe, French, Mixed - were bound together in the Canadian alliance, and the people were generally loyal "Children of Onontio."   Catholicism spread throughout the region. Toward the end of the century more permanent institutions of modern government were set up to help the growing villages manage their affairs and strengthen links with Canada. Independence from Canada was achieved in the late 1840s, after the rise of the ASB removed the threat of attacks from Iroquoia and the English.

Peace and a rising population during this time led to the rapid growth of ports throughout the Great Lakes.  In Huronia, Toronto became the new economic center.  A wave of immigrants arrived from New Netherland and Canada, greatly changing Huronia's ethnic mix.  To this day, much of Toronto is Dutch-speaking, as are several other communities in southern Huronia.  Seneca and other Iroquois arrived as well, seeking economic opportunity in the land of their former arch-enemies.  While the capital of the state moved a few times in the early years, it was fixed at Toronto after 1839.  Fed by Toronto and a growing export agricultural sector, Huronia became an economic powerhouse, and it remains so today.

This state highway sign was made by AH.com's Lord Grattan.  Route 32 is one of Huronia's principal roads. It runs from Toronto north to the Sea of Wendake (Georgian Bay in OTL), crossing the narrowest part of the state. I used the sign as the basis for the state flag. 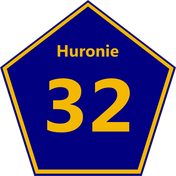 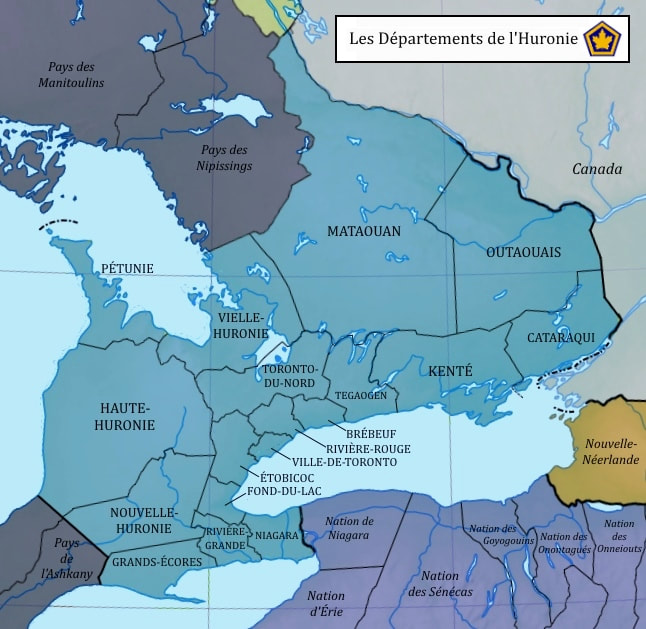 When the Canadian governor created the Province of Huronia by decree in 1793, the provincial government was strictly military, formed as a defensive measure in a time of war against England. Its only subdivisions were the traditional territories of the region, whose names went back to the contact period and no longer reflected the tribes and peoples living there. The first formal subdivisions were set up during the next war, in the first decade of the 1800s. Once again the purpose was defense. The divisions were called Territories, and their governments operated forts and mustered militia within their borders.

Huronia's civil government developed under the Kingdom of New France, which began in 1810. The division into territories was made permanent and their boundaries were surveyed. In the 1820s they were renamed Departments.

The name was a clear attempt to bring the rationality and order of French administration to Huronia; but the circumstances in the province meant that they could not follow exactly the system of departments used in France. For one thing, the sparse population in much of Huronia meant that many of the divisions had to be rather large. The ideal of every part of the province being less than a day's journey from a department capital would not be realized before the age of railroads. Another difference was that in France, the departments were drawn to erase or minimize local loyalties; in Huronia, by contrast, they had to harness them. In those days, if an existing local constituency were to be denied its voice, there was a danger that it would simply secede. Therefore, the departments mostly followed the traditional territories. Despite these differences, the powers and governing structures of the French departments served as the model for Huronia, and they encouraged the development of the province's civil society.

The original ten departments were split up as the population grew. Today, there are eighteen. The following list describes the original ten and explains how they were later subdivided. Departments that have common English names give them in parentheses.

Vieille-Huronie (Old Huronia): This was the original core of Huronia in the age of the first French missions of the 1600s. By 1800 many Huron-Pétun people still lived there, together with many Anishinaabe and a growing population of mixed-race French habitants.

Pétunie (Petunia): This peninsula was once the homeland of the Pétun people, but by 1800 was largely inhabited by a tribe of Ojibwe, one of the Anishinaabe peoples. An important staging area for lake-borne attacks on the English during the wars, it became an important source of timber and fish, and more recently a tourist destination and home of Huronia's best known nature preserves.

Haute-Huronie (Upper Huronia): Sparsely populated, the Department of Upper Huronia really only existed on paper through the end of the Bonapartist era. A full departmental government was organized for the citizens, largely Ottawa Anishinaabe, in the 1830s. Today it is still a rural area with a low population.

Nouveau-Huronie (New Huronia) - split into New Huronia and Grands-Écores: This area was carved off as land that the King of New France was able to grant to new Canadian habitants. The original New Huronia was split into the two current departments very quickly as land was parcelled out. The area has many towns and small cities and is also agriculturally rich.

Rivière-Grande (Grand River): This department was created to represent the many large Iroquois settlements that grew here in the early 1800s. Most of the newcomers were Mohawk and Onondaga, who received lands after a series of land-swaps involving Huronia, Canada, New Netherland, and Iriquoia as these states worked out their borders.

Niagara: This was the most populated department before the rise of Toronto, and it remains heavily industrial and urbanized.

Toronto - split into Toronto-du-Nord (North Toronto), Tegaogen, Brébeuf, Rivière-Rouge(Red River), Ville-de-Toronto (City of Toronto), Étobicoc, and Fond-du-Lac: A sleepy area in 1800, the land between Lakes Ontario and Toronto quickly attracted many new habitants from Canada, New Netherland, France, and elsewhere. The city of Toronto became the permanent capital of the province in 1839 and grew into one of the great metropolises of the Great Lakes. The surrounding departments have many suburban communities and some important cities in their own right.

Kenté: The bay and river of Kenté was the site of several very small but growing settlements at the time of its creation. The people were a mix of French, Iroquois, and Huron-Pétun. The southern part of the department is mostly agricultural, and the north is more forested.

Cataraqui: The land around Fort Frontenac already had a growing population in 1800, mostly French-Canadian habitants with family ties to the Nations of Canada, the diverse communities of Indians with origins across New France that had settled along the Saint Lawrence.

Outaouais (Ottawa) and Mataouan: These two traditional territories were governed as a single department until around 1850. The Ottawa people themselves largely moved further west in the mid-17th century. Since then, the population has been mostly Algonquin and French. Ottawa has plenty of farms and towns along its eponymous river, but Mataouan remains for the most part a gigantic wilderness.

AlternateHistory.com's Undeadmuffin has made a few Countryball comics making fun of stereotypes within the ASB. This one about Huronia is one of my favorites. 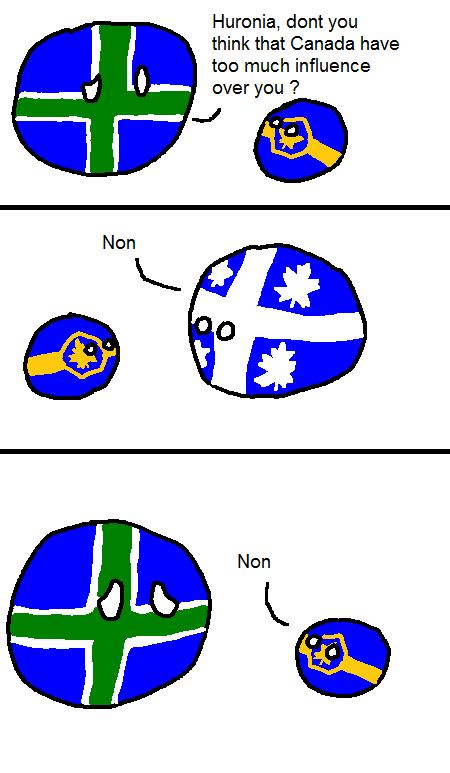